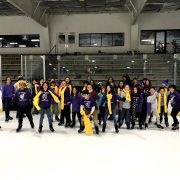 SETTING FORTH “OFFICIAL INTENT” OF 21 ST CENTURY PUBLIC ACADEMY TO USE
A PORTION OF PROCEEDS OF BONDS OF AN ISSUING AUTHORITY AS IS DEEMED
APPROPRIATE BY “21 ST CENTURY PUBLIC ACADEMY”, TO REIMBURSE 21 ST
CENTURY PUBLIC ACADEMY FOR CERTAIN PRIOR PROJECT EXPENDITURES. AND
FOR ANY ADDITIONAL EXPENDITURES RELATED TO CONSTRUCTION COSTS AND
ANY EXPENDITURE RELATED TO THE “SECOND AMENDMENT TO LEASE
PURCHASE AGREEMENT”
WHEREAS, the Board (the “Board”) of the Cutler Charitable Foundation (the
“Foundation”) Lessor has determined to undertake a project (the “Project”) consisting in whole
or in part of: (a) refinancing approximately $9.36 million in existing indebtedness; (b) making
additional capital expenditures and other capital improvements to the Foundation’s facility
located at 4300 Cutler Avenue; and (c) the payment of certain costs of issuance related to the
Bonds, including but not limited to underwriter’s discounts or fees, Council fees, and similar
expenses.

WHEREAS, the 21 st Century Public Academy has entered into with Lessor a “Second
Amendment to Lease Purchase Agreement” and as a consequence thereof intends and reasonably
expects to use a portion of the proceeds from the Bonds to reimburse itself for certain
expenditures related to the Project and for any additional expenditures related to construction
costs and any expenditure related to the “Second Amendment to Lease Purchase Agreement”
which have been paid or incurred prior to the date of the issuance of the Bonds from other funds
of the 21 st Century Public Academy;
WHEREAS, the United States Treasury Department has issued regulations (the
“Treasury Regulations”) which provide rules which must be satisfied in order for the
reimbursement of capital expenditures with bond proceeds to qualify as an expenditure of bond
proceeds; and
WHEREAS, this Resolution is intended to confirm the intentions of the Lessor to
finance the Project with the proceeds of the Bonds and to confirm the obligations of 21 st Century
under the “Second Amendment to the Lease Purchase Agreement”, and is further intended to
constitute the “Official Intent” requirement prescribed in the Treasury Regulations for
expenditures made after the July 1, 1993 effective date of such regulations.
NOW THEREFORE, be it resolved by the Governance Council follows:

1. Official Intent Requirement. In compliance with Section 1.150-2 of the Treasury
Regulations 21st Century Public Academy announces its intention to use a portion of the
proceeds from the Bonds to reimburse 21st Century Public Academy for any and all expenditures
related to any and all expenditures or expenses or financial obligations incurred by 21st Century
Public Academy related to but not limited to expenses or expenditures related to &quot;The Project&quot;,
related construction costs, expenses related to the Bond sale or related to additional expense
incurred by 21st Century Public Academy related in any manner to the adoption and execution of
the &quot;Second Amendment to Lease Purchase Agreement&quot; approved by PED via correspondence
dated January 14, 2019, which have been paid within the ninety (90) days preceding the date of
the adoption of these resolutions.
2. Future and Prior Actions. The Governance Council, or any other officer of the
Governance Council, are each hereby authorized and directed to or cause to be done any and all
such acts and things and to execute and deliver any and all such further documents and papers as
they may deem necessary or appropriate to carry into effect the full intent and purposes of the
foregoing resolutions. All acts of any officer, agent, employee, attorney, or others acting for or
on behalf of the 21 st Century which are in accord with the intent, purpose and spirit of this
Resolution, and whether heretofore or hereafter done or taken shall be, and the same hereby are,
ratified, confirmed and adopted in all respects, and any party may rely upon the continuing
efficacy of this Resolution and the power of any person to act as aforesaid, until this Resolution
shall have been revoked in a further writing executed by the 21st Century. The Secretary of the
Governance Council is hereby authorized and directed to insert this resolution into the minutes of
the meetings of the Governance Council Board.
3. Effective Date. This Resolution shall take effect immediately.